Chubby brookies - who doesnt like to see those after a drought year!

First though, last Thursday, I think it was, I hit a local bass/crappie pond I like.  I early released a few crappies, but landed several bass.  Some on a bright chartreuse version of Lefty Kreh's "Craft Fur Shrimp" - which is a FANTASTIC fly for everything in a variety of colors.

Ok, enough teasing with bass.  I managed to hit my local wild brookie and brown trout stream last Friday at lunch.  this is (gulp) the first time I've been on brookie water in (gulp) maybe 6 weeks outside that short foray in MN a few weeks ago... ugh.

The flow was great - more like the last few May's than July, which was super to see.  Temp = high 50's.  It felt refreshingly cold.  But, the year's heavy rain has changed it, even since this spring.  Some log jams are pushed out or sunk.  this one for example, that little plunge over the log below... normally that's a bigger drop, but the log sunk a bit, and, interestingly, more water than I've ever seen is coming under the tree on the right ( you see the root ball)  Interesting. 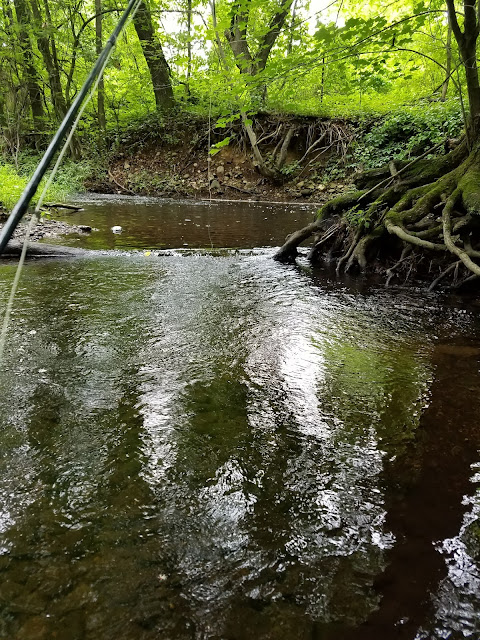 First fish of the day, came about a third of the way up the pic above, on the seem.  The brookie drilled a red Rojo Mini Hot caddis.  I thought it came off and my rod was stuck in a tree at first - this fish had fire and heft and put a nice bend in the 3wt.  Wish I'd stretched it out for a pic, this fish was a solid 10", but the amazing thing, was the girth.  Look at the belly on that brookie! 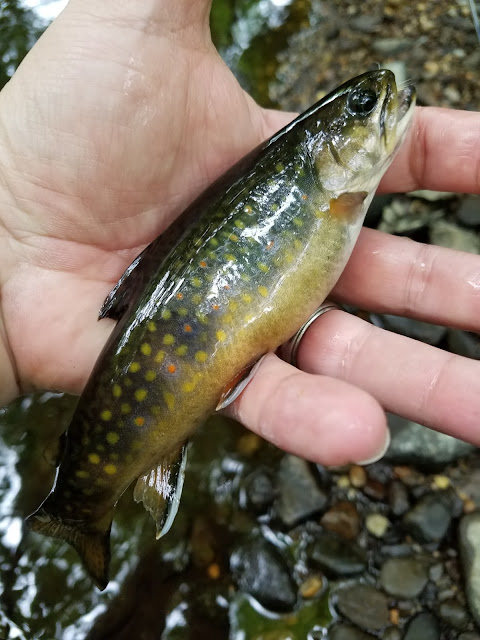 I worked up stream fishing pocket water with the dry.  I missed some, and caught some... And wile the smaller fish in the 4-6" range were skinny, as immature animals of all types seem to be... Anything over 6" was a football.  It's great to see these trout doing well! 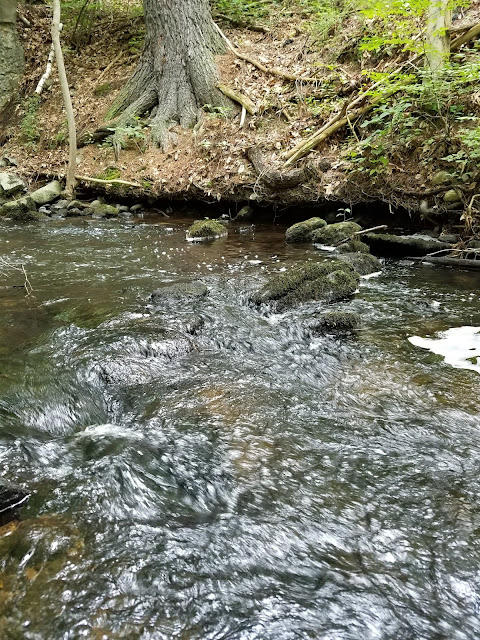 Have a super week!

Posted by Hibernation at 1:34 PM