After dinner last night I managed to get out for an hour of bass fishing. It's fun when you open the box arriving at the pond and there is lots of big, fluffy and ugly staring back!  It's been to long fluffy flies... it's been to long! 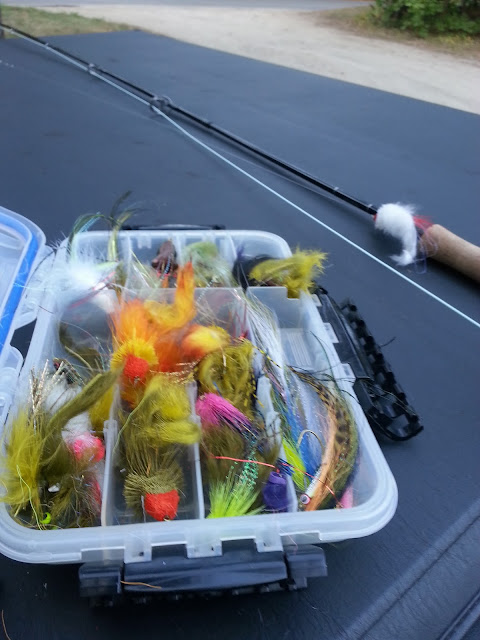 The pond of choice was a local one about 10' from home.  We run or walk the rail trail that passes the pond often.  It actually splits it.  The trail literally forms an isthmus between two parts of the same body of water.  the west side is weedier and shallower, and the east side is deeper and rockier.

It's not super easy to fly fish given there is not much room for casting, so it feels sort of like fishing the salt - a quick double haul and let the line fly, or a fairly powerful roll cast are your only options. You are not allowed to wade or swim, either of which would make it a lot easier to fly fish... Of if I had a kayak instead of a float tube - the former is legal and the latter would not be on this pond, so... the shore it is.

The fishing was slow at first.  Had I grabbed some smaller flies and opted to pop for blue gill's / crappies etc I'd likely have caught a ton.  I'd often see the fly get pulled under by a panfish grabbing the bunny strip tail on my deer hair diver.

Shortly after it occurred on one cast, a bass of perhaps 3 pounds went air borne for the fly - tossing itself, the small blue gill that had been grabbing the tail and my fly air borne.  A guy who was dragging his kayak through the canal connecting the ponds halves saw it and we both got a good kick out of it.  About 10' later I got my first of the night, a spunky little 10 incher who managed to get the whole fly in his mouth. 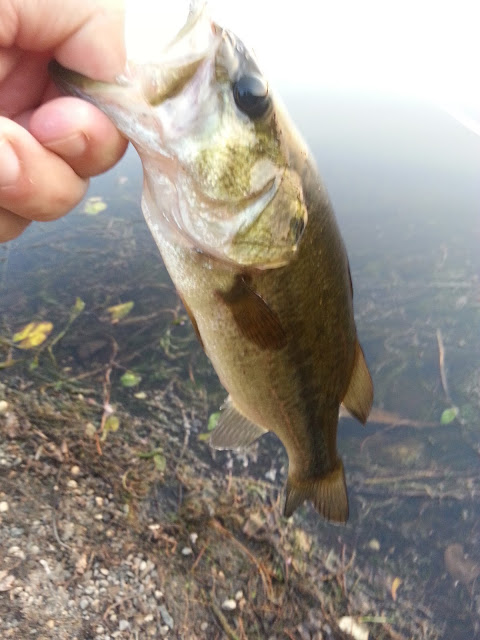 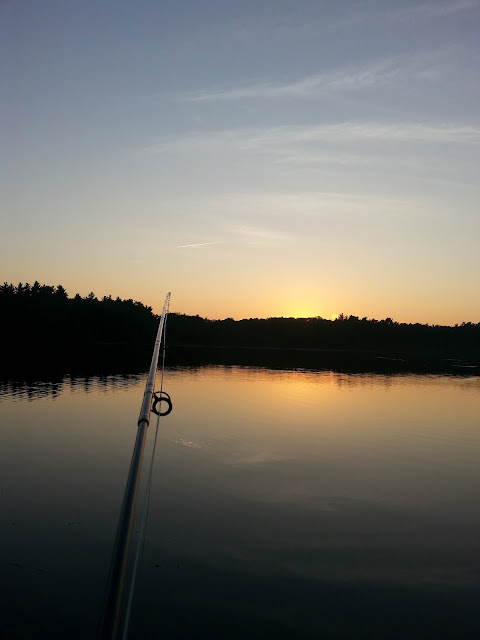 The sun set was awesome.  Totally beautiful.  You can see ripples from about 5 kayaks that came from the other half of the pond to get over here and see the sun go down on the right edge of the pic.  Amazingly, there were no mosquito's.  Not sure if it was the dry weather we have had or what... But Ill take it :)! 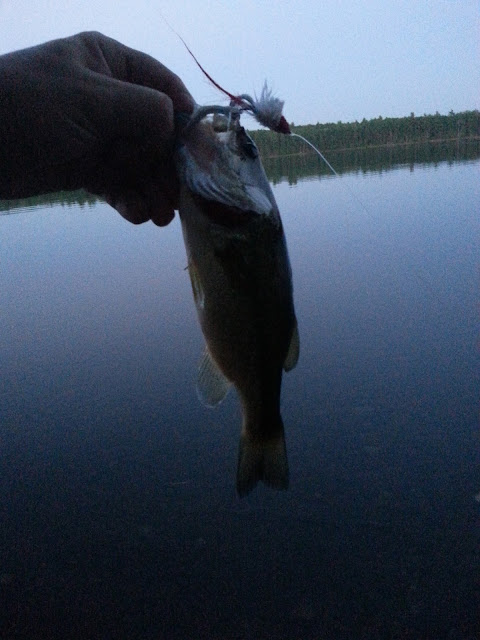 The sun starting to go down, and needing to get home, I started to walk back to the truck, but stopped to fish the other side of the pond for a few minutes.  I missed a good one on the first cast.  He took mid strip and held for only a minute before tossing the fly.  About 5 casts later on the other side of the little point this little bass took the popper.  After this, I shot a few more casts to a downed tree to my north, and then headed home.

Very pleasant way to spend a warm evening for sure!
Will
Posted by Hibernation at 7:46 AM 3 comments: